In the weeks since the last blog, I have been searching everywhere for more information on Isaac and Abraham, hypothetical sons of Jacob ORCHARD. The following is what I have found so far…

It was apparent that, from Isaac’s obituary in the Wesleyan Methodist Magazine, he was an upstanding member of the church and had served as district treasurer of their Missionary Society for many years. However, Isaac’s association with Methodism was far more interesting than that. The book ‘At Satan’s Throne: the story of Methodism in Bath over 250 years’ (Ed: Bruce Crofts. 1990) describes John Wesley’s connections with Bath and its inhabitants as the church was slowly established there. More than that, men and women who were friends with Wesley at this time were named: “As hosts, leaders or correspondents, his own records name them: John Giles, Joseph Symes, Abraham and Isaac Orchard, John Baker and Edward Hadden all met him in the intimacy of their own homes, or had close association with him.” Also “…Isaac Orchard is named for a second term in 1800 as Society Steward.” Incidentally, John Baker was Isaac’s brother-in-law, marrying Lydia ORCHARD in 1789.

To find that Isaac had been an intimate of John Wesley was exciting stuff indeed. I went to Bath Record Office to see if they had any material on Methodism and found to my delight that Bruce Crofts had deposited his research notes in their archives! For hours I pored through various collections and found several pieces of interest. 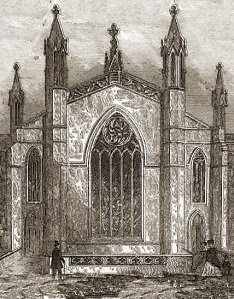 The Chapel at New King Street

As non-conformism became more popular, demand for seats exceeded the capacity of meeting houses, chapels and churches. The Wesleyans had made their base at the New King Street Chapel in 1779 after having held meetings in smaller establishments for forty years or so. In ‘The Street Lore of Bath’ (1893) Robert E M Peach states: “… a piece of ground having been secured on the north side of New King Street, the foundation stone of a new chapel was laid by John Wesley himself on the 16th December 1776. This Chapel was opened by him on the 11th March 1779… The efforts of many zealous Methodists in the establishment of adult and Sunday schools, appear to have given a stimulus to the cause of the Society in Bath, and a proposal was made to erect an additional Chapel for the convenience of members residing in remote parts of the city this proposal at first met with great opposition but by the zeal and energy of several leading members, the sum of £1400 was raised and the chapel erected opposite Walcot Parade, which was opened for Divine Worship, 30th May 1816.”

Isaac was one of nine members forming an Acting Committee at New King Street in order to raise funds and build the new Chapel which still stands at London Street, Walcot. Every detail of the building’s development, particularly the accounts, from the chapel’s inception to attendance at the new Sunday school was recorded in a big brown ledger (now at Bath Record Office). From this, I could see that, for his part, Isaac was charged with the task of writing to a London architect and ordering up the survey and plans. He also paid £53 10s 6d subscription toward the cost of the building, the second largest donation in the record. It appears that Isaac was also responsible for checking the builder’s accounts and for raising funds from members towards the day to day running. He also provided some of the furniture (for which he was paid).

Even the opening of the chapel involved Isaac’s son: “…the stone was laid under the South corner of the Chapel amidst an immense concourse of Spectators. The Stone was provided & made a present of by Mr George Biggs Orchard & on it a brass plate was fixed, on which was engraved the following inscription ‘The foundation of the Methodist Chapel at Walcot was laid March 31st 1815. JEHOVAH Jireh’. Under the plate several pieces of English Coin were deposited.”

So, Isaac was one of a small group of men that were the driving force behind bringing John Wesley’s teachings and philosophy to Bath, as well as being his personal acquaintance. His obituary, therefore, had been a little understated!

Incidentally, the Bath (Wesleyan) Society accounts of the 16th July 1793 records: “Stewards changed from J Symes, Ed Haddon, Fred Shum, Henry Newton to Henry Newton, William White, Henry Pedlar, Isaac Orchard. These were chosen by the committee.” This then was the first record of stewardship for Isaac, the second having been in 1800 as noted in ‘At Satan’s Throne’. A steward’s position was only held for one year it seems.

Regarding Abraham the solicitor, I have searched many records exhaustively (and exhaustedly!) but still failed to bury the poor man or even kill him off. Although the Law Journal Report of 1864 mentioned Abraham Orchard’s death in 1800, I have been unable to confirm this. Nor is the Methodist collection of papers tremendously forthcoming, even though I am led to believe that Abraham was a friend of Wesley.

The Bath Society accounts for 1st January 1793 record: “Resolved by stewards and leaders that henceforth Isaac Challenger shall be given the sum of six guineas per annum for services to New King Street Chapel. Signed John Giles, Joseph Symes and Abraham Orchard.” So it seems that like Isaac, Abraham was serving on at least one church committee but there it ends.

Interestingly, Abraham made a surprise appearance elsewhere. A chance sighting in the 1923 edition of ‘Notes and Queries’ led to a hunt for the will of a gentleman named Philip DITCHER, a surgeon who died in Bath in 1781. Although the content of the will was of no particular relevance, what had caught the attention were the signatories to the will: John JEFFERYS, John JEFFERYS Jun and Abraham ORCHARD, clerk to Mr JEFFERYS ‘S’ (?senior).

Signatories to the will of Philip DITCHER of Bath

Who were the John Jefferys? The older man was an attorney, born in ~1753, who became Town Clerk of Bath. He was a ‘lapsed’ Quaker whose very brief obituary was published in part two of the Gentleman’s Magazine and Historical Chronicle 1800. John Jefferys the younger appears to have also been a man of law and, when his father died, took up residence at the family home in the very prestigious Royal Crescent, at number 19.

An article in the Bath Chronicle said of the older man: “As one of the city’s leading citizens in the 18th century, town clerk John Jefferys was accused of exercising tyrannical powers over the Bath Corporation, which ran the city. But, according to letters which have surfaced at auction, it seems he was powerless to resist the charms of a pretty woman. Jefferys was reduced [in 1791] to offering an astonishing £40,000 bribe to Grace Norton in a desperate bid to persuade a woman to marry him.” Strangely enough, Miss Norton refused his offer.

This letter formed part of a large collection of documents pertaining to Jefferys which were sold at auction by Bonham’s in 2008. With the aid of a grant, the collection was purchased by none other than Bath Record Office! Unfortunately, a search of the now indexed contents has not revealed Abraham Orchard; hardly surprisingly since he was a lowly young clerk. I assume that Abraham worked for the older man, a position that was part of a career path towards being the solicitor that he would one day become and, like Jefferys, he would make a good living from selling property. 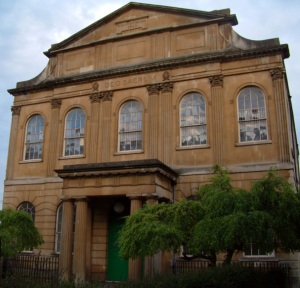 Now I wait, with some anticipation, to see if a fellow genealogist in the US has managed to track down either of the Orchard men in a Dictionary of Biography of all those people who knew John or Charles Wesley. Fingers crossed!

11 Responses to Isaac and Abraham ORCHARD: Friends of John Wesley!